We had the great pleasure of getting to know interior designer, Liz Williams of Liz Williams Design, by collaborating with her on her own kitchen remodel in South Almaden.

The kitchen needed to match the rest of Liz’s beautiful traditional home in scope and detail.  So, in addition to the style of cabinetry, a creamy white painted door with applied molding from Ovation, other elements such as the heavy colonial crown molding, paneled appliances, separate wood hood, built-in legs for the island, and coffered ceilings were equally important in creating an overall look of stateliness and elegance.

Liz chose brick-patterned Carrera marble for the backsplash, an intricate marble tile pattern behind the stove, and sparkly double chandeliers to add touches of glamour and life to the kitchen.  For contrast to the creamy white of the cabinetry and the tile around the perimeter, the center island features a dark stained cherry with a colorful granite that has striking movement and the hardwood floor is a warm Brazilian walnut.

We love clutter-reducing solutions like having a microwave drawer instead of a built-in.  It’s an invisible detail, but also a powerful one.  Also interesting to note, the slightly thicker edge on the island counter lends the island more heft than the perimeter

Incorporating the butler’s pantry into the overall kitchen design was also very important.  It was placed next to additional storage and a writing station off the side of the kitchen. 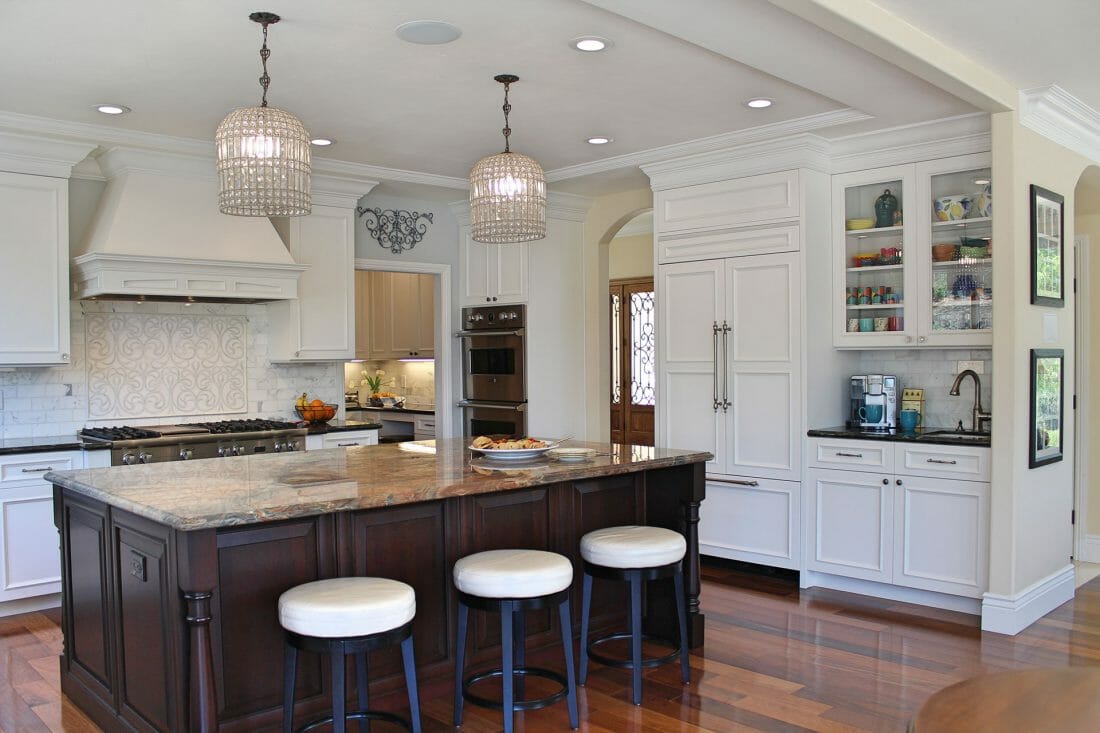 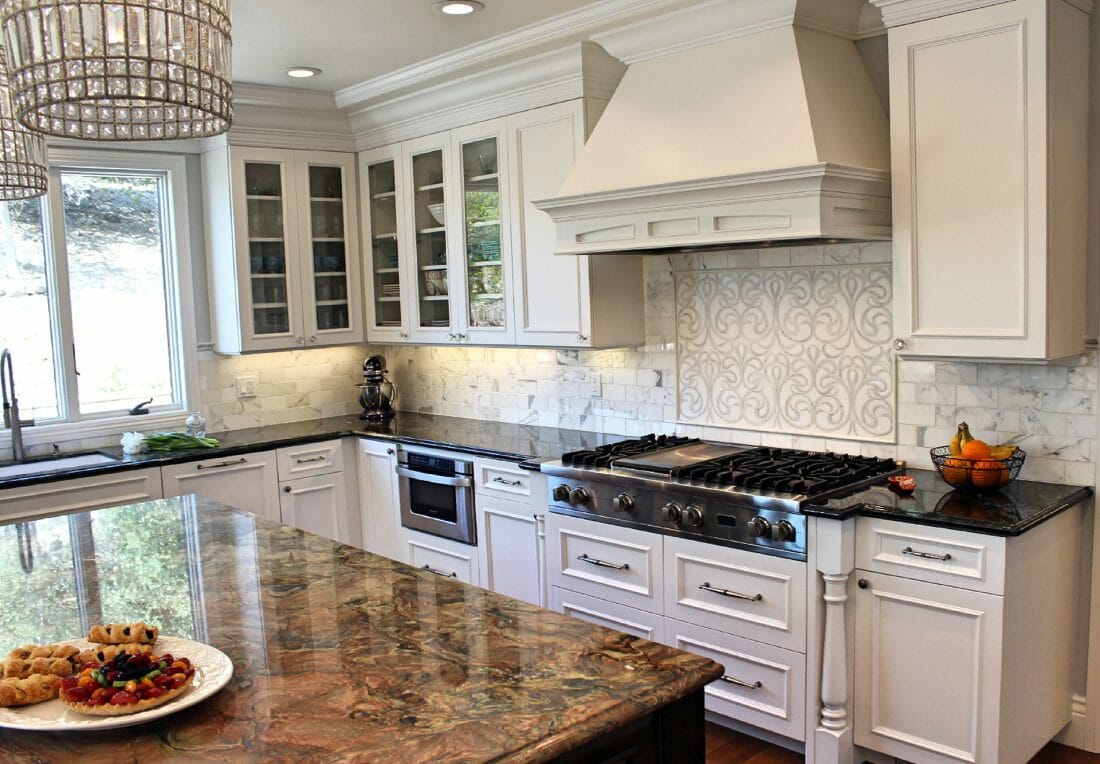 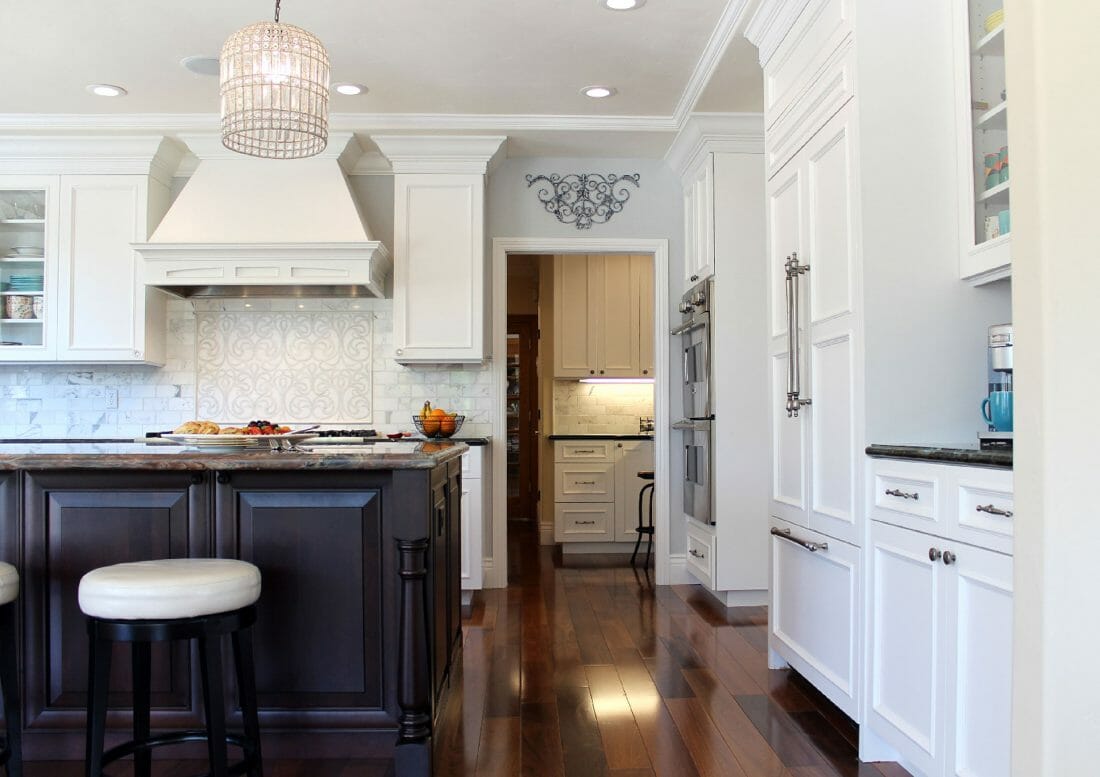 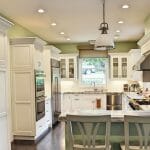 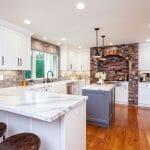