This project had an original 1970s kitchen.  But while retro can be fun, unfortunately this kitchen was cramped, had wasted space, and dated materials.  The homeowners wanted to revamp and revitalize, so they brought KDS on to help with their design and cabinetry.

We knew right away that we wanted a more efficient pathway for traffic and also create a lighter, more open feeling in the general area for the family.   To achieve this we reconfigured the hallway, kitchen, and dining by removing a wall and vaulting the ceiling.  Changing the footprint of the kitchen allowed for more space and the addition of an island, while vaulting the ceilings made the narrow space loftier.

Aesthetically, the homeowners wanted a rich, but modern look, so they selected a flat-paneled, maple door with a brownstone stain.  For contrast, the island and bar are in a textured wenge finish.

One of the most striking pieces for this project was the slim, wenge bar across the kitchen.  To keep the narrow 12” profile, an alcove was created and the wine refrigerator was sunk into to the wall.  Another fun detail to note is the s-curve transition between the tile floor and the hardwood.  It’s visually interesting and creates movement while at the same time distinguishes between the hallway and kitchen.

Finishing touches were 36” wide Jacarta tiles from Porcelanosa that created a subtle linen-lined backsplash; induction cooktop for a sleek look; custom hood chase; LED lights with directional trim for the vault; and large drum lights over the island 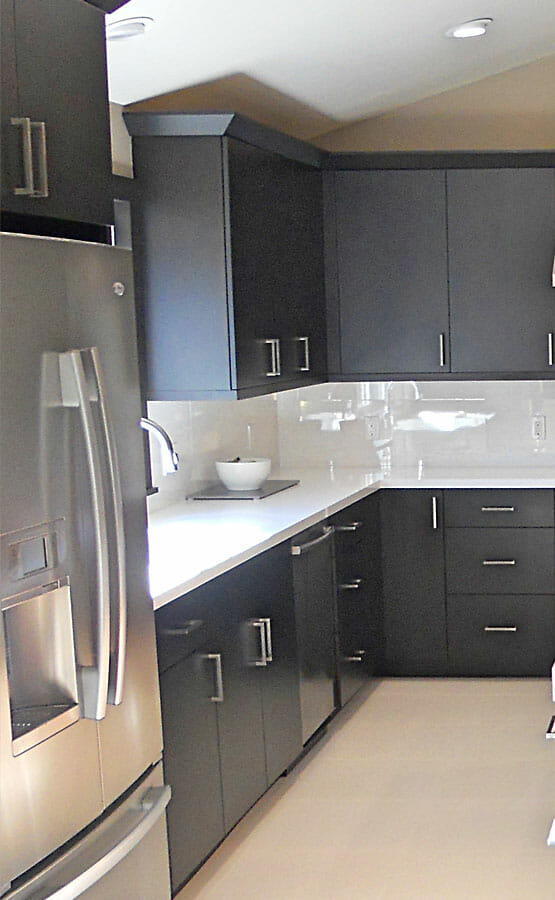 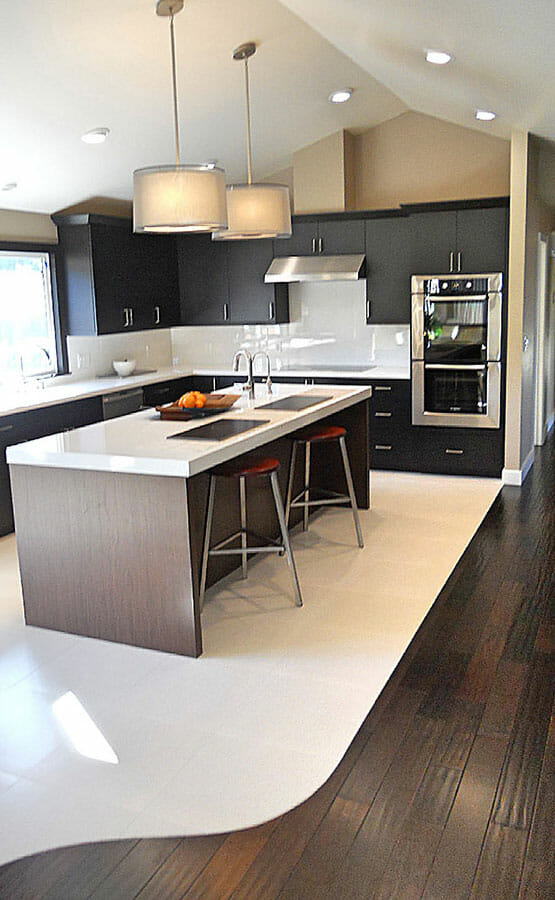 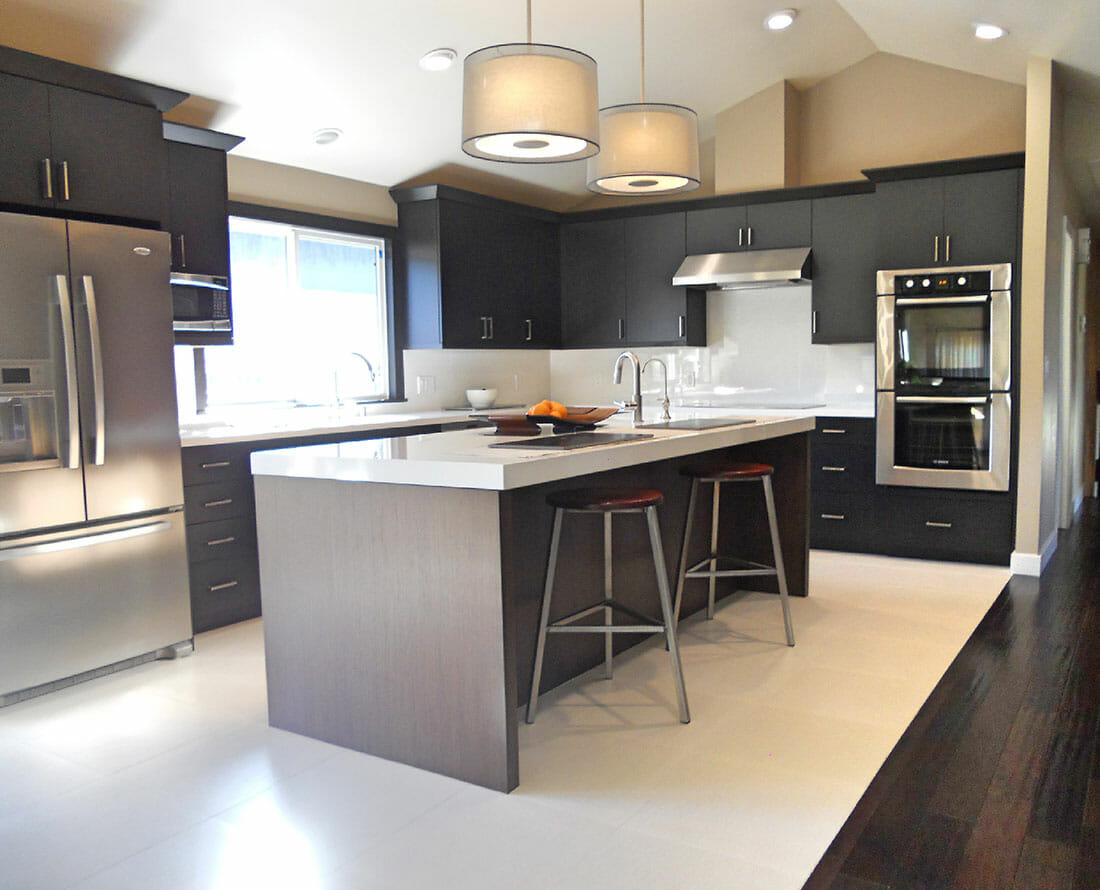